Layer 3 IP Peering and seamless Interconnection forms the basis of exchange of IP packets amongst various networks. Hear from experts of some of the leading networks in the world and local IXPs that exist in Richmond today. They’ll discuss the importance of exchange of IP packets amongst their IP networks. The panel will be moderated by a leading industry analyst who has been covering the Interconnection and Cloud services sector for over 20 years.

Jim Davis is founder and principal analyst for Edge Research Group. His areas of expertise include cloud-based networking and security services, and edge compute services such as CDNs.

Najam Ahmad serves as the VP, Network Engineering at Facebook.  Ahmad oversees all aspects of the development and operation of a global network infrastructure that serves more than a billion people around the world.

Jon currently serves as Principal, Global IP Edge Strategy at Amazon Web Services.  He has been working in various interconnection and network engineering and architecture roles for 20 years, and worked at Google prior to his time at Amazon.

Martin Hannigan is a founder and Chief Technical Officer of Deep Edge Technologies. Deep Edge is building the next generation of access datacenters for the explosion of service provider technology currently underway.

Tim Beatrice currently serves as Sr Manager, Engineering at Charter Communications where he leads all peering and interconnection efforts. He has 26 years of telecommunications industry experience, 18 of which with large MSO’s. 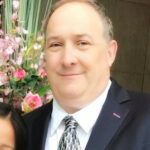 Mr. Emmons is a founder and Executive Director of Ninja-IX, what is today the largest Internet Exchange in Phoenix. Phoenix-IX started in the fall of 2012 with initial founding participants of IOS and PhoenixNAP. Previously, Paul has worked for companies such as NANOG, Internet Operating Services and Route 66 Television, where he spent 25 years working in production.